Chemical mediators play crucial roles in multipartite microbial interactions. These mediators are often identified under artificial laboratory conditions with isolated microbial monocultures. This approach, however, precludes the isolation of compounds that are exogenously altered by a second organism. Since microbiological habitats are complex and shared between many species, it can be expected that conjoint chemical signal processing is a common occurrence in the microbial world, both in the context of substance detoxification and as a cooperative effort in chemical warfare against common predators.

As a case in point, amoebal predation is a major cause of death in soil bacteria and thus exerts a strong selective pressure to evolve defensive strategies. In the last funding period, we showed that the exchange and modification of natural products enables two unrelated bacteria to jointly defend themselves against a common amoebal predator. A systematic analysis of binary combinations of co-isolated bacteria revealed strains that were individually susceptible to predation but together killed their enemy. This cooperative defense relies on a Pseudomonas species producing the nonribosomally synthesized lipopeptide syringafactin, which induces the production and secretion of multiple peptidases in a Paenibacillus strain. One or a combination of these hitherto uncharacterized peptidases hydrolyze the initially harmless syringafactin into compounds that kill the predatory amoeba. A combination of bioprospecting, co-culture experiments, genome modification, and transcriptomics unraveled this novel natural product-based defense strategy. Importantly, it opens a new approach to discovering novel bioactive and potentially antipathogenic compounds.

In the next funding period, we will combine our expertise to understand the molecular mechanisms of mediator modification. Specifically, we have identified two Paenibacillus peptidases that can be heterologously expressed and are able to cleave syringafactin. In the coming CRC period, in we will elucidate the structural basis of syringafactin processing by paenibacillaceae, the influence of the amoebicidal lipopeptide on membranes, and identify overarching themes within the realm of cooperative microbial traits. 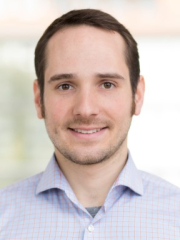 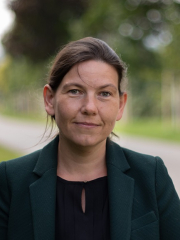