Chemical Mediators Facilitating Multilateral Interactions Between Nitrogen-Fixing Cyanobacteria and the Liverwort B. pusilla

Terrestrial symbiotic cyanobacteria of the genus Nostoc are of enormous environmental importance, providing fixed nitrogen to a diverse range of hosts as well as producing notorious toxins. The recruitment of the bacteria by plant hosts has been shown to depend on chemical negotiations. Nostoc sp. is a cyanobacterium widespread in soil showing a large degree of intraspecific chemical diversity even in a small space. While all genotypes are symbiotically competent only a few are enriched in the symbiotic tissue suggesting a higher level of complexity during the establishment of the symbiosis than previously anticipated.

The project aims to expand the current bilateral view on Nostoc-plant symbioses by specifically integrating the intraspecific interaction of distinct N. punctiforme chemotypes into the scheme and aims to understand whether different strains compete in their interaction with the host or facilitate each other’s mutual reaction. We will focus on two types of signals previously observed between Nostoc strains isolated from the same habitat: 1) signals influencing motility and cellular differentiation of other Nostoc strains and 2) allelopathic signals. Both types of interactions are expected to shape the diversity of the Nostoc community inside and outside the selected model host, the liverwort Blasia pusilla. In collaboration with partners within the CRC the project is not only expected to uncover part of the large unknown natural product diversity of N. punctiforme but also to establish a multilateral scheme for the B. pusilla-N. punctiforme symbiosis and to further understand the nature of the symbiosis.

Institute of Biochemistry and Biology
Department of Microbiology 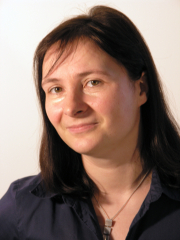 Institute of Biochemistry and Biology
Department of Microbiology 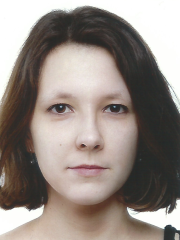